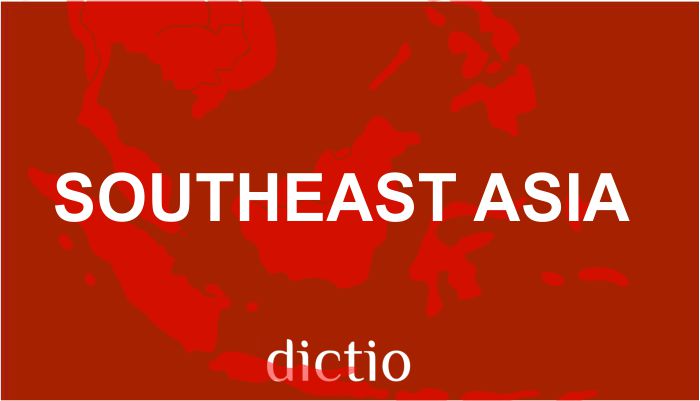 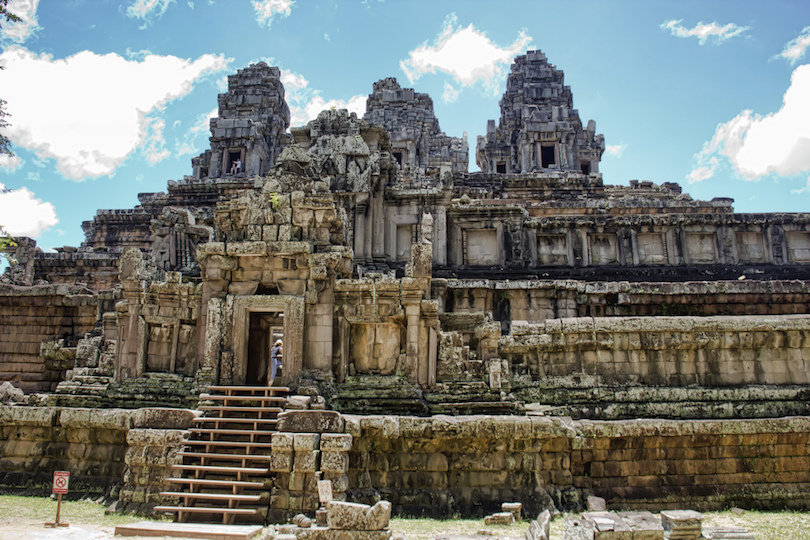 Dedicated to the Hindu god Shiva, Ta Keo was built as the state temple of Jayavarman V, son of Rajendravarman, who had built the Pre Rup temple. Jayavarman V was 10 years old when he succeeded his father, in 968 AD. When he was aged 17, he began the construction of his own state temple, whose modern name is Ta Keo. The temple was never completed however. Legend has it that the temple was struck by lightning during its construction, and all work was abandoned at a stage where the main structure was complete but no external carvings had been added. Also unique is the fact that Ta Keo is made of green sandstone versus the deeper brown or grayish color of other temples at Angkor. The climb to the top of the temple is very steep, but the view is well worth it. 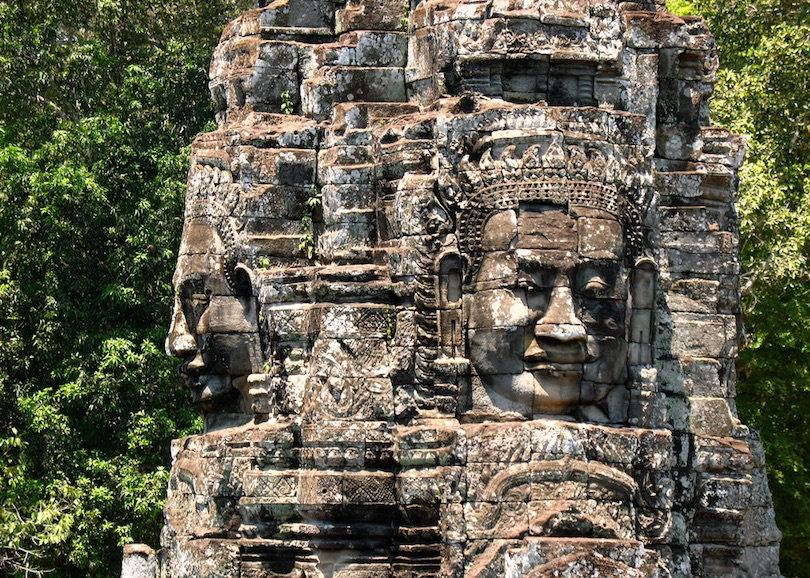 The Bayon temple features a sea of over 200 massive stone faces looking in all direction. The curious smiling faces, thought by many to be a portrait of king Jayavarman VII himself or a combination of him and Buddha, are an instantly recognizable image of Angkor. Built in the 12th century by King Jayavarman VII as part of a massive expansion of his capital Angkor Thom, the Bayon is built at the exact center of the royal city. The Bayon is the only state temple at Angkor built primarily as a Mahayana Buddhist shrine dedicated to the Buddha. Following Jayavarman’s death, it was modified by later Hindu and Theravada Buddhist kings in accordance with their own religious beliefs.

The Bayon temple rises through three levels to a height of around 43 meters (140 feet). The outer gallery on the first level depicts scenes from everyday life and historical events, while the inner gallery on the next higher level depicts mythical figures and stories. Some of the figures depicted are Siva, Vishnu, and Brahma. The third level is where you will encounter many of the famous faces (and tourists).