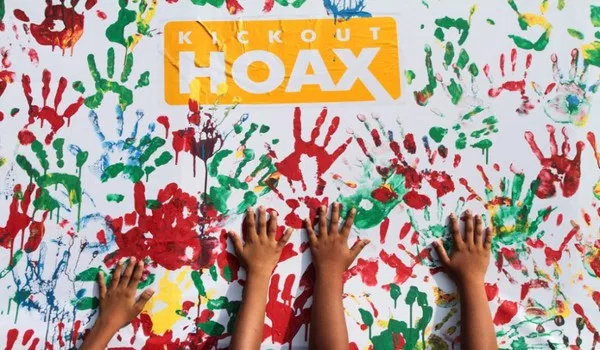 What are the factors apparently preventing the creation of independent, privately owned media?
Political factor (political position, closeness to the opposition) (1)
Religious factor (religious affiliation, status with religious authorities) (2)
Note: “1” signifies that the factor plays no part in preventing the creation of a media company; “10” signifies that the factor makes forming a media company impossible.

To what extent are private media economically dependent on direct or indirect state subsidies?
Note: “1” signifies no dependence at all; “10” signifies complete dependence.

Do private media have to adjust their content in exchange for state subsidies?
 Yes (1)
 No (2)

Does the government pressure advertisers to favour certain media?
Note: Advertisers are private or public businesses that buy advertising space to promote their products or services.
 Yes (1)
 No (2)

Is the practice of journalism prohibited or discouraged for any of the following reasons:
Nationality
Ethnic origin
Social class
Religion
Gender

To what extent can members of the following groups enter media-related professions?
Note: “1” signifies that access is completely blocked; “10” signifies completely open access

How well do media reflect the population’s language diversity?

Have there been cases of restricted access to or coverage of one or more regions (by administrative prohibition, strict document controls, visa denials etc.)?

During the past 12 months, have you seen any of the following actions directed at journalists by government or religious authorities or major economic interests, or by interest groups linked to any of them?
Describe the frequency on the following scale, with “0” representing the absence of such actions, and “10” representing repeated actions.

Do some journalists receive invitations to luxury events, press trips and other benefits of all kinds that would weaken their publications’ objectivity?

Is there any law against these practices?

Are journalists sometimes paid by someone other than their regular employer in order to influence what they write?

Do completely independent media exist - that is, media whose staff may take positions of any kind on public issues with no limits of any kind from owners or the government?

Do media reflect the range of opinions among members of the public?
Note: “1” signifies a situation in which only official opinions may be reflected in media; “10” signifies complete pluralism in the media.

Does the government monitor or threaten journalists?
Note: “1” signifies no monitoring or threats; “10” signifies systematic monitoring accompanied by repeated threats

Do journalists practise self-censorship for fear of the following consequences?
Civil lawsuits or criminal prosecution (fines, imprisonment) (1)
Professional reprisals or attacks on reputation (2)
Threats to physical safety of the journalist or his family and friends, to his workplace or his home (3)
Note: “1” signifies that fear of such consequences is absent; “10” signifies acute fear to the point of preventing journalists from touching certain topics.

To what extent do radio and television stations with the largest audiences present independent and critical news?
On private networks (1)
On public networks (2)
Note: “1” signifies an absence of such news; “10” signifies its strong presence

Do public media ignore some news that is sensitive for the government, but which private media cover?

What proportion of general-interest media is owned by companies with other interests in non-media sectors of the economy?
(5 if 50%; 10 if 100%)

Can citizens directly and freely contact journalists, with no government controls or monitoring, especially in order to provide information?
Note: “1” signifies that contact is impossible; “10” signifies complete freedom of contact with no constraints or monitoring.

What influence does the government have on the staff of the following media?
Media that favour the government (1)
Opposition media (2)
Public media (3)
Note: “1” signifies no influence at all; “10” signifies maximum influence that gives authorities total control over editorial policy.

Are press freedom, freedom of information and freedom of expression guaranteed…
…in the Constitution? (1)
…in law or case law? (2)
…by ratification of or adherence to international treaties? (3)

Does prior censorship or monitoring exist in the print press? (1) and in radio and television? (2)

Is the public disclosure of matters of public interest prevented by the Constitution, by law or by the way they are enforced?

Does a legal mechanism exist to protect the confidentiality of journalists’ sources?

In practice, to what extent is protection of confidential sources threatened by…
…political power? (1)
…major economic interests? (2)
…the military? (4)
…organized crime? (5)
…judges and prosecutors? (7)
Note: ‘1’ signifies a threat-free environment; ‘10’ signifies a situation in which source protection is under permanent threat.

Do laws against cybercrime violate the right to free expression and news access on the Internet?

During the past 12 months, what penalties have been imposed on information providers?
 Permanent prohibition on practising journalism (4)
 Cancellation of licence (5)
 Prison sentences (8)
 Life sentences (9)
 Torture/corporal punishment (10)
 Death penalty (11)
 None of them (99)

When a journalist is arrested, is he informed of the charges against him, and is he given access to the case file?
 Always (1)
 Almost always (2)
 Most of the time (3)
 Rarely (4)
 Rarely or never (5)

Do laws include opinion crimes such as blasphemy or disrespect for authority?
 Yes (1)
 No (2)

In practice, are people convicted of these crimes?
 Frequently (1)
 Does not occur often but the risk is real (2)
 Never (3)

Does the law require that an individual have a right of response to a news article concerning him?
 Yes (1)
 No (2)
 Don’t know (3)

Do individuals who want to provide news online have access to high-speed Internet at a reasonable price?
 Access is widespread (1)
 Access is guaranteed in principle but not everyone enjoys it (2)
 Access is not guaranteed and many do not enjoy it (3)
 Access is limited to a very few (4)

Would internet users risk sanctions simply for viewing the types of content described above?
 Yes (1)
 No (2)