Wildlife Photographer of the Year 2015 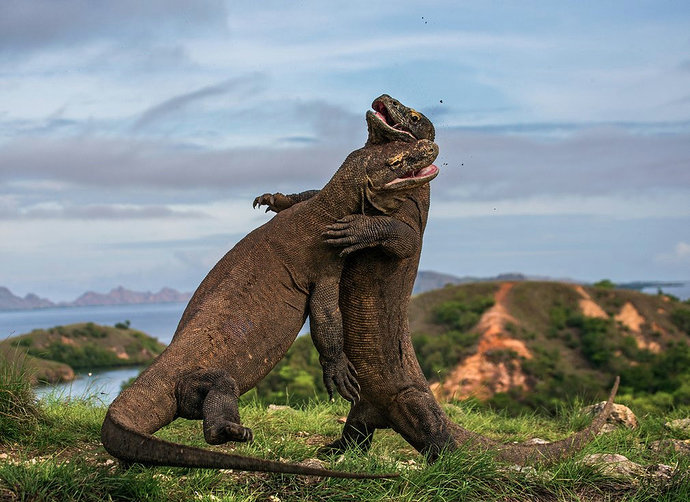 Ndeze, a nine-year-old orphan mountain gorilla, watches with concern as veterinarians check the health of her female companion, 12-year-old Maisha, in the Senkwekwe centre at Virunga national park, in the Democratic Republic of the Congo 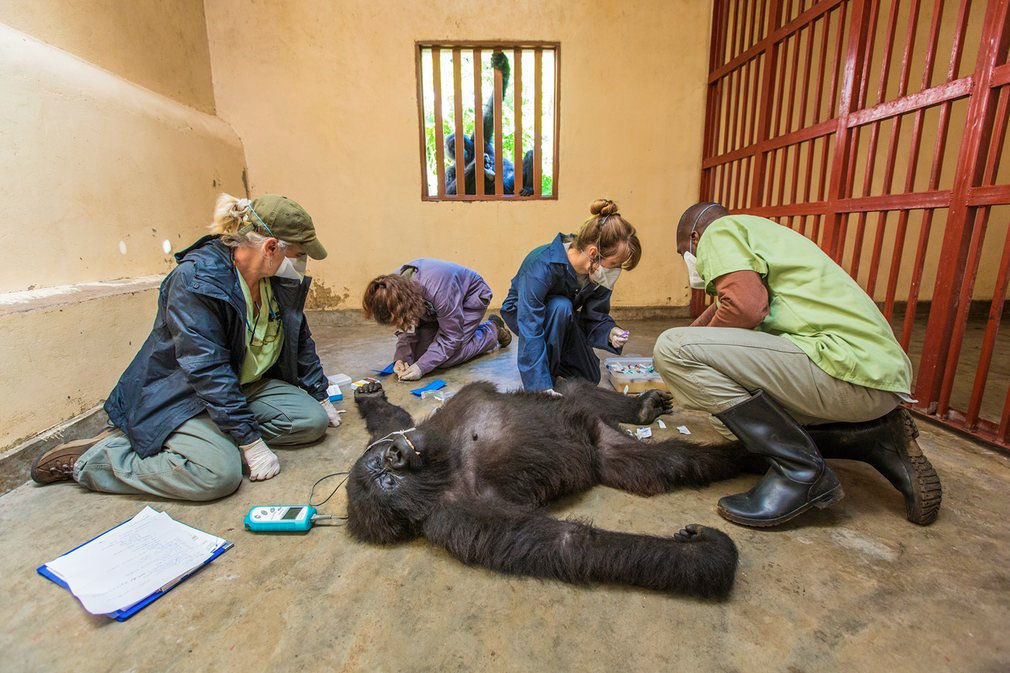 Many sharks are found at Aliwal Shoal near Durban, South Africa, making it the perfect place to test a prototype surfboard with an electromagnetic shark deterrent 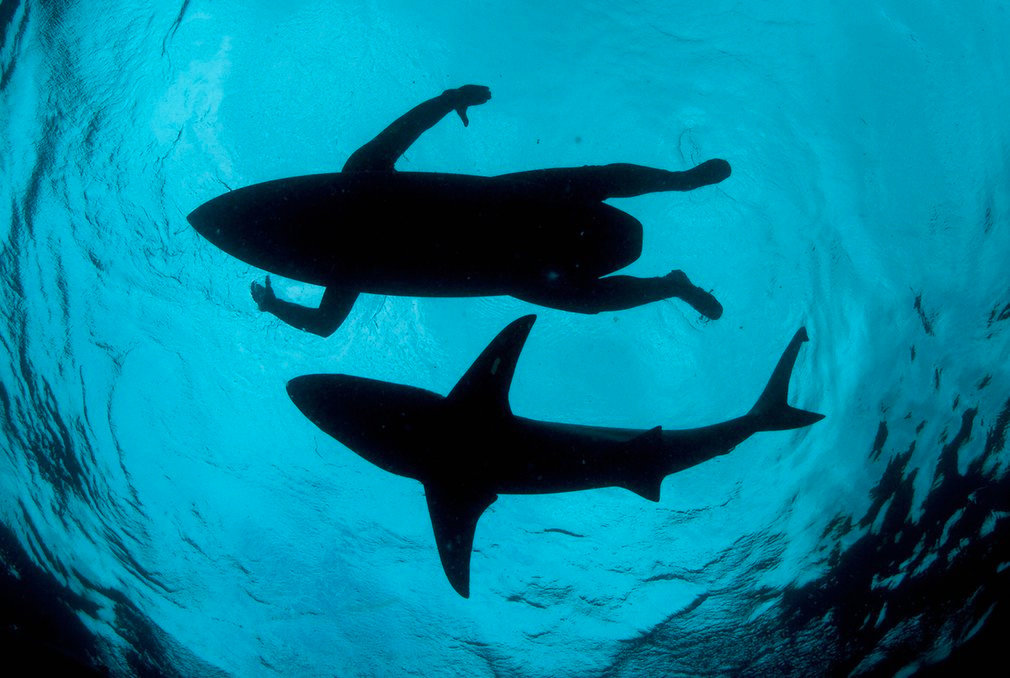 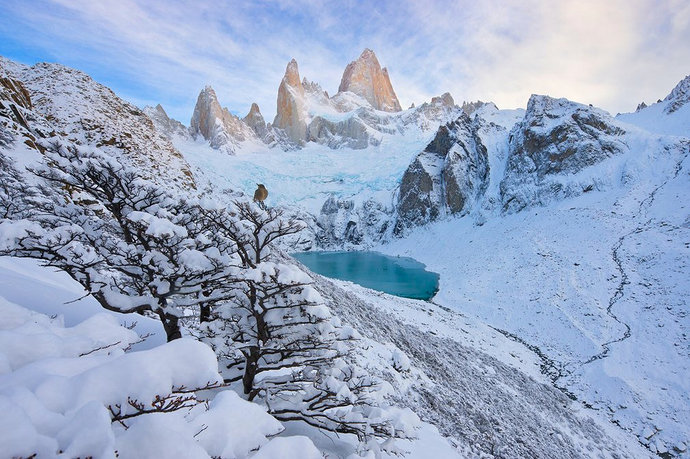 When the River Danube flooded into Hungary’s Gemenc forest, more than a thousand great egrets flocked to the lake to feed on the stranded amphibians, fish and invertebrates 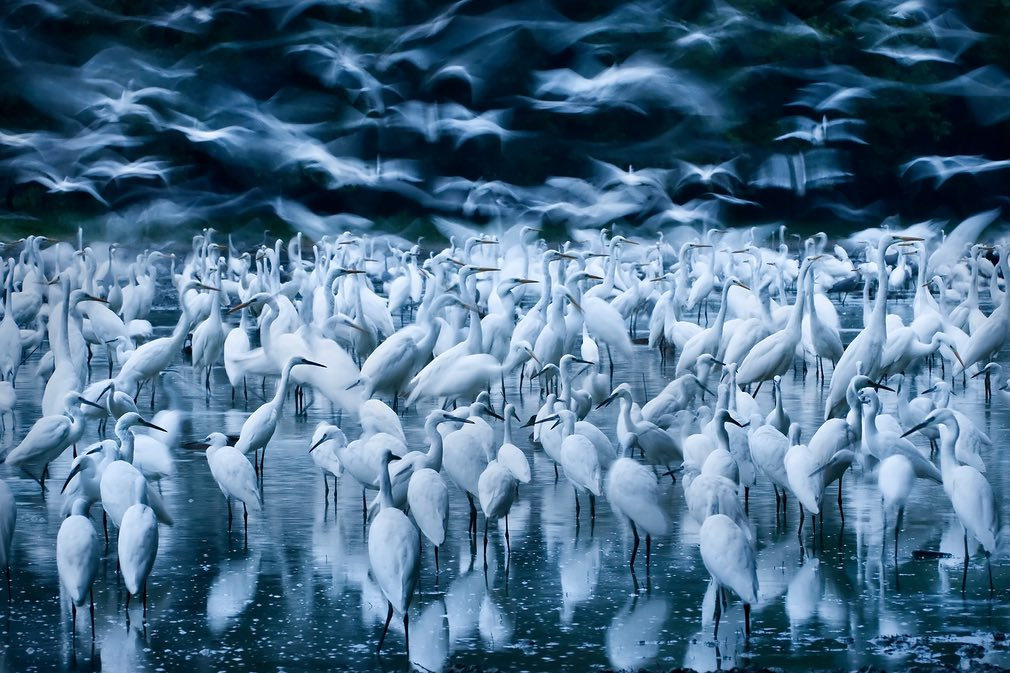 Finalist, 10 Years and Under

To drink or not by Carlos Perez Naval (Spain) 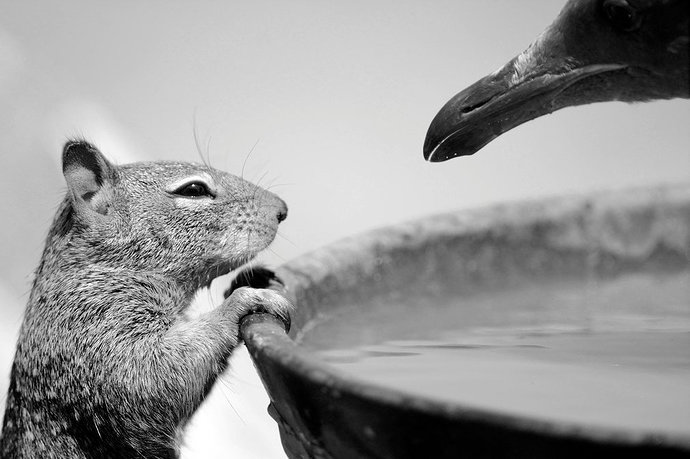 A hare gets its pelt coated in snow in the Scottish Cairngorms, Scotland 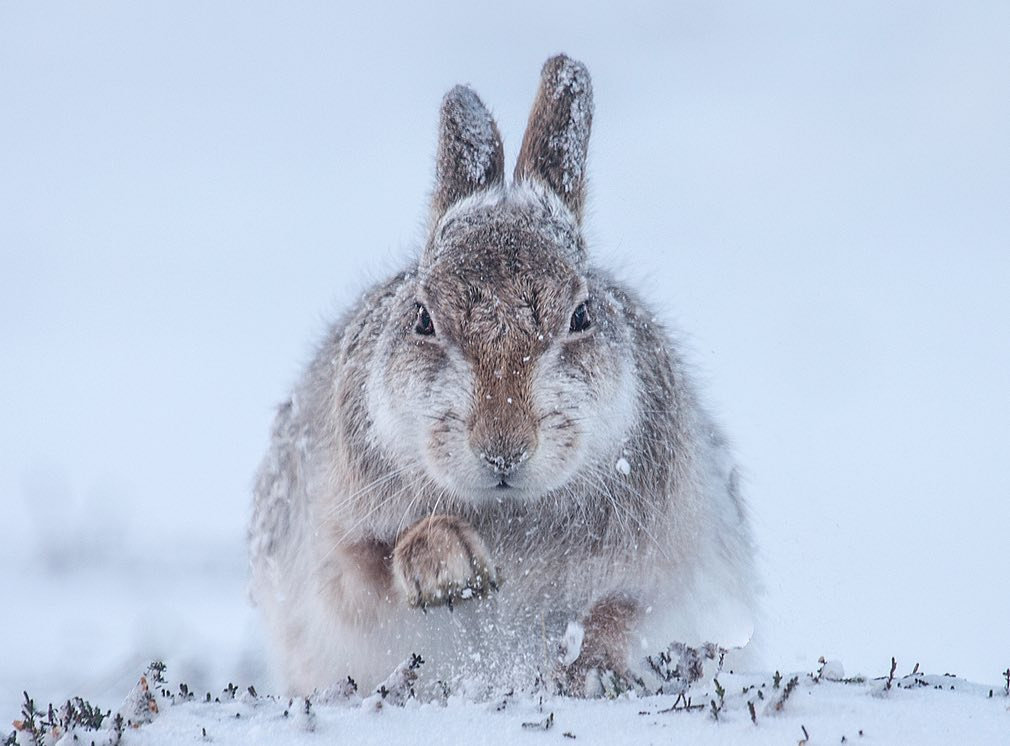 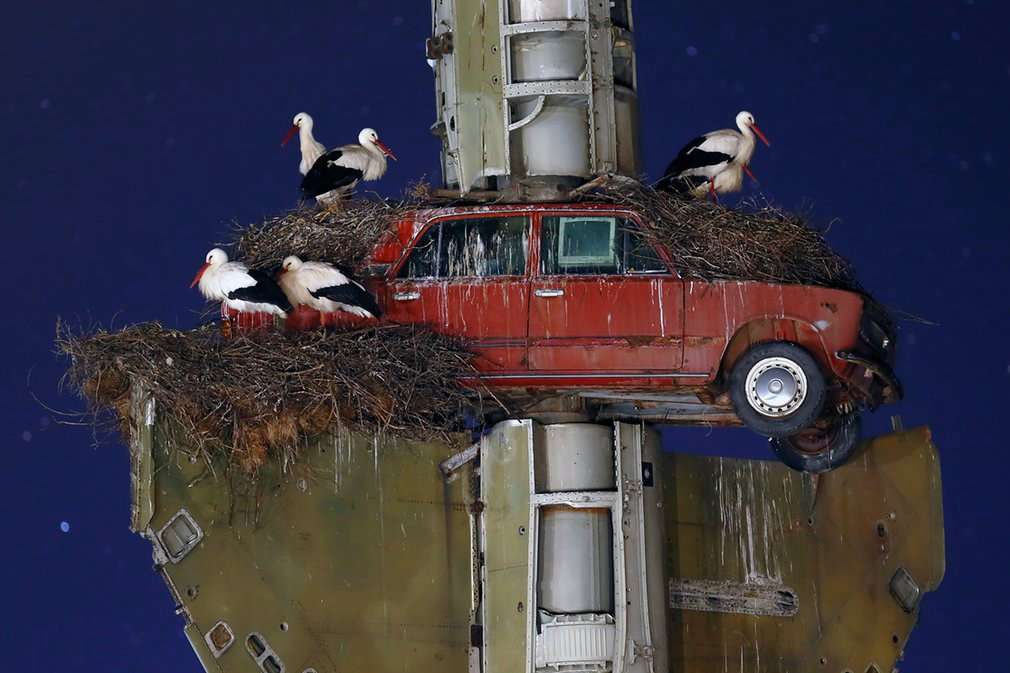 It came from the deep by Fabien Michenet

A juvenile octopus, measuring about 2cm across, swims in the deep water off the coast of Tahiti, French Polynesia. Its transparent body reveals internal organs and chromatophores (colourchanging cells) on its tentacles 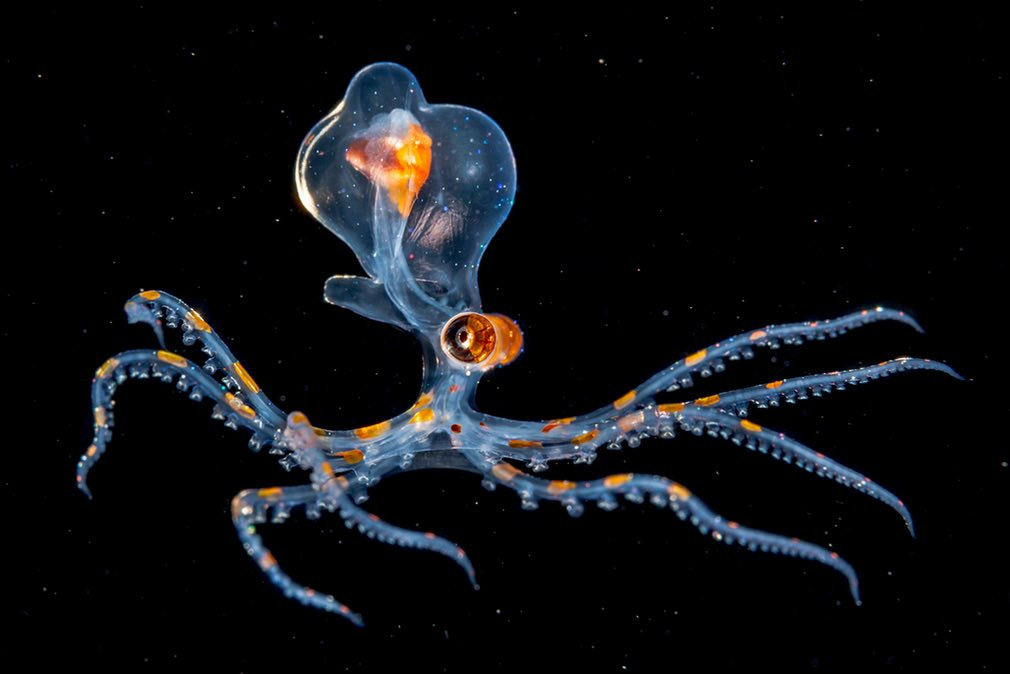 Elephants, zebras and giraffes at a waterhole in Namibia’s Etosha national park 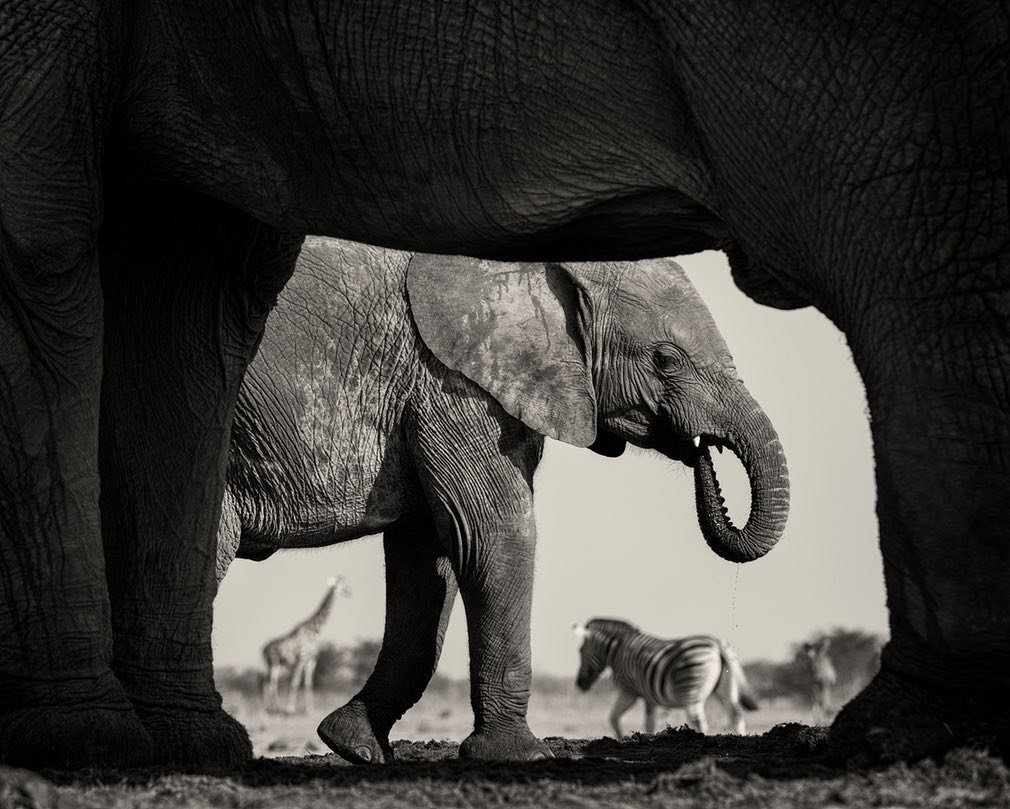 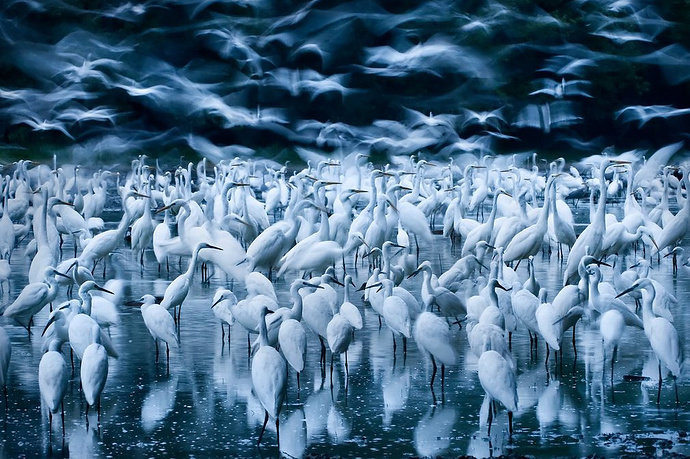