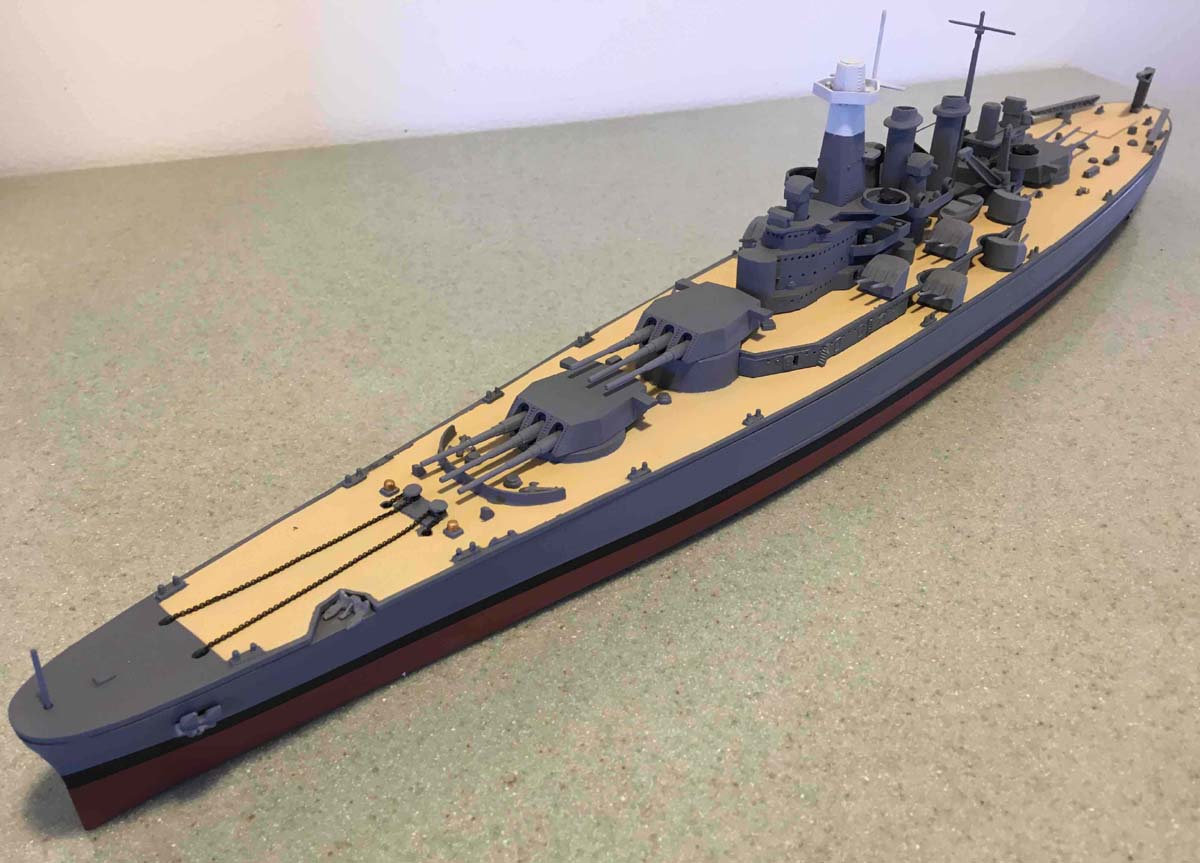 Creators backdated a Renwal battleship USS Washington to her first trials in May 1941. As produced, the kit represented the ship as it looked at the end of the war in 1945, except that it has a helicopter instead of catapults.
First, Creator removed all the radars, as well as 40mm and 20mm guns, tubs, and shields. Then, Creator converted four of the 40mm mounts to 1.1-inch ones. The main mast was filed down to a thinner profile. The catapults, search lights, and spare anchor are from my parts box. The spare anchor platform, and the platform on the fire control tower are from plastic cut from the display stands. Creator did not install the main battery directors because they were not mounted on the real ship until later.

The creator also wanted to make the model more accurate than it is out-of-the-box. To make the model really accurate would have been an ordeal; virtually none of the parts are the right shape. Creator never realized how incorrect the hull is until Creator started to reshape it. So, Creator limited myself mostly to removing the rails and reshaping the bow. Creator filed the appurtenances at the funnel tops to a more realistic look. Although the ship had brackets for whip antennas, they were not conspicuous.

Most of the colors are mixes of Testors enamels. The top of the control tower is a very light gray, not white. The bottom of the hull is Testors acrylic rust. 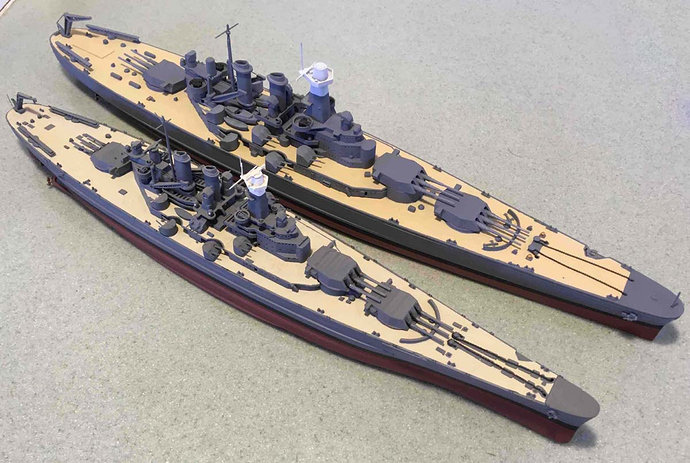 For comparison Creator am including photos of the prototype, an out-of-the-box model, and a 1/570 Revell Washington Creator built several years ago. Although the finished model is not as good as it could be, Creator had fun building it, and am pretty happy with the result. Looking at the photos, Creator certainly need to replace the jack staff with a thinner one. Creator also need to paint the deck of the fire control tower platform dark gray.