Apakah Mengatakan Go Back To your Country termasuk Hate Speech? 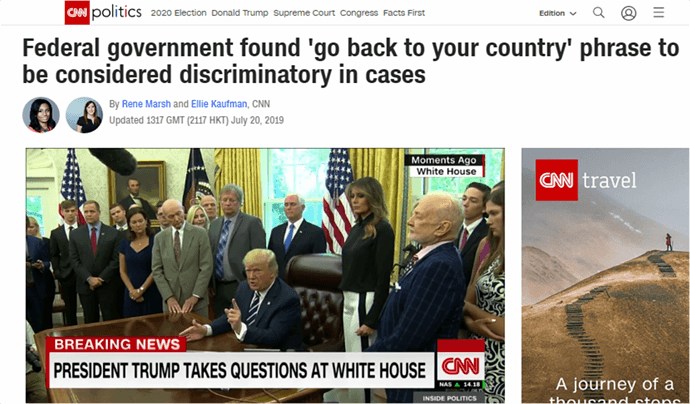 Since President Donald Trump tweeted that four progressive Democratic congresswomen of color “who originally came from countries whose governments are a complete and total catastrophe” should “go back to where” they “came from” last Sunday, the President has insisted his comments were not racist.
Another one like “If you can’t speak English, you don’t belong here. Learn to speak better or go back to your own country.” In this cases are included as Hate speech or not?

Federal government found 'go back to your country' phrase to be considered...

The federal government and the court system have deemed variations of the phrase "go back to where you came from" when used by employees to be discriminatory, cases reviewed by CNN show.