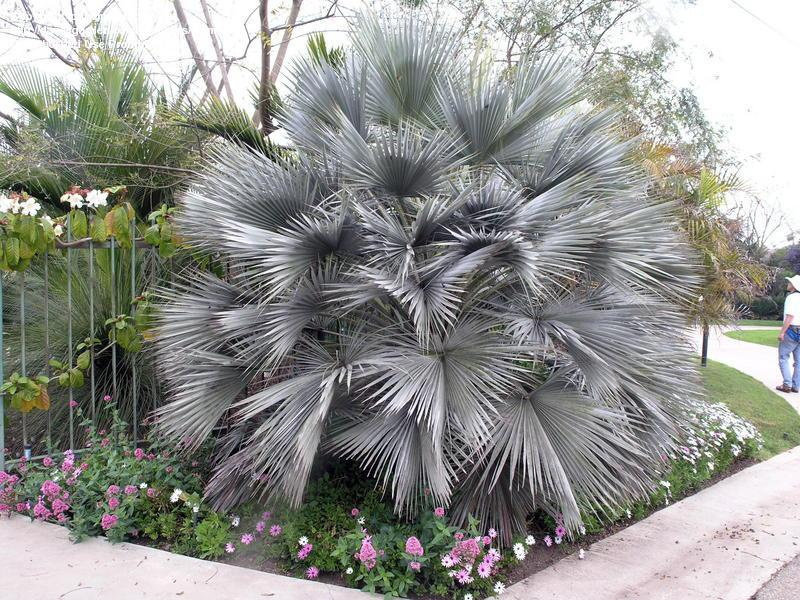 Brahea armata, commonly known as Mexican blue palm or “blue hesper palm”, is a palm is native to Baja California. It is widely planted as an ornamental.

It grows to a height of 15 meters, with a stout trunk. Its distinctly bluish leaves are 1-2 meters wide, with meter-long petioles. The leaves are persistent in nature, forming a shag around the trunk; in cultivation they are typically burned or cut off.

The inflorescences extend out beyond the crown, reaching 5 meters in length. The flowers themselves are small, appearing in February and March, while the fruits are 18-24 mm in length, brown and with a generally ovoid to globose shape.

This species is the most widespread endemic palm of the northern peninsula; it is locally common in arroyos and canyon bottoms, and has been observed growing in rock crevices at higher elevations. It is sometimes found with Washingtonia filifera or Washingtonia robusta

B. armata has an attractive appearance, especially when young, and is commonly available at nurseries in the American southwest. It is drought tolerant (although occasional deep irrigation is recommended), can handle both partial shade and full sun, and temperatures down to -10 degrees C. It is found under a variety of names, including “Mexican blue palm”, “blue hesper palm”, “big blue hesper palm”, “blue fan palm”, “sweet brahea”, and “palma blanca”.
The Cocopah people ate the seeds after roasting them. 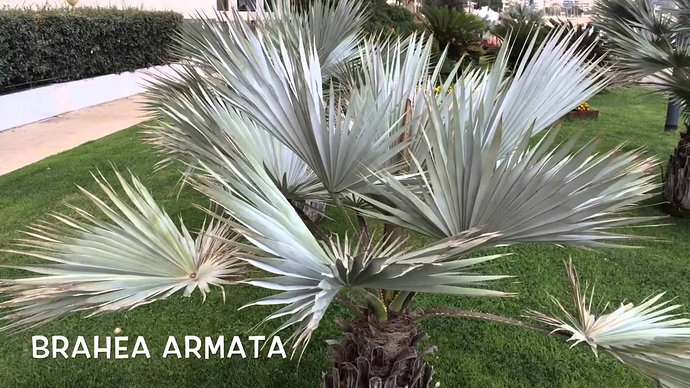 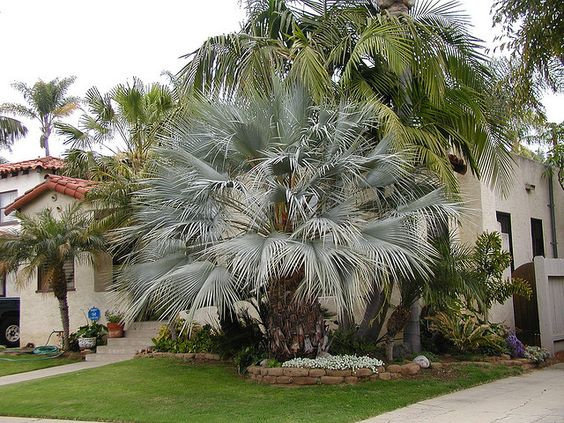 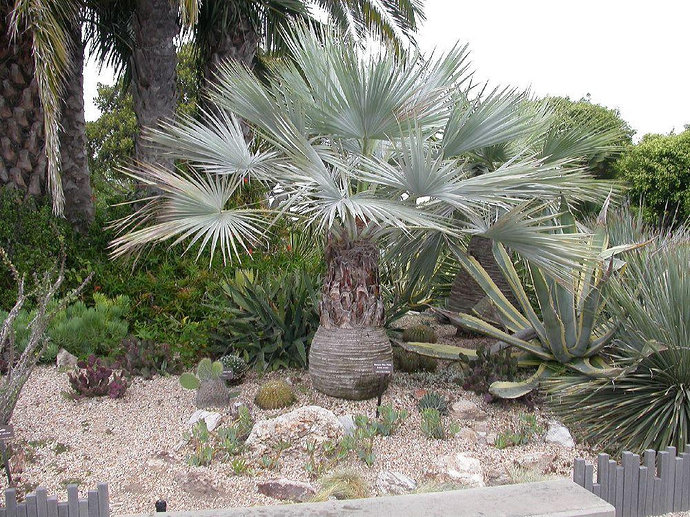 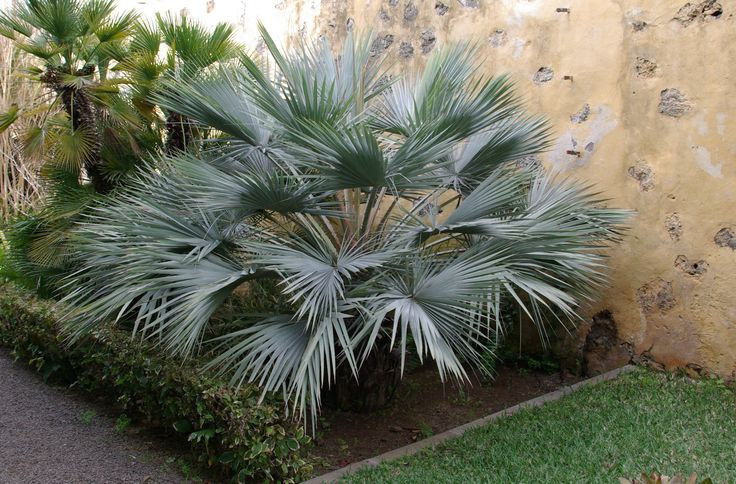